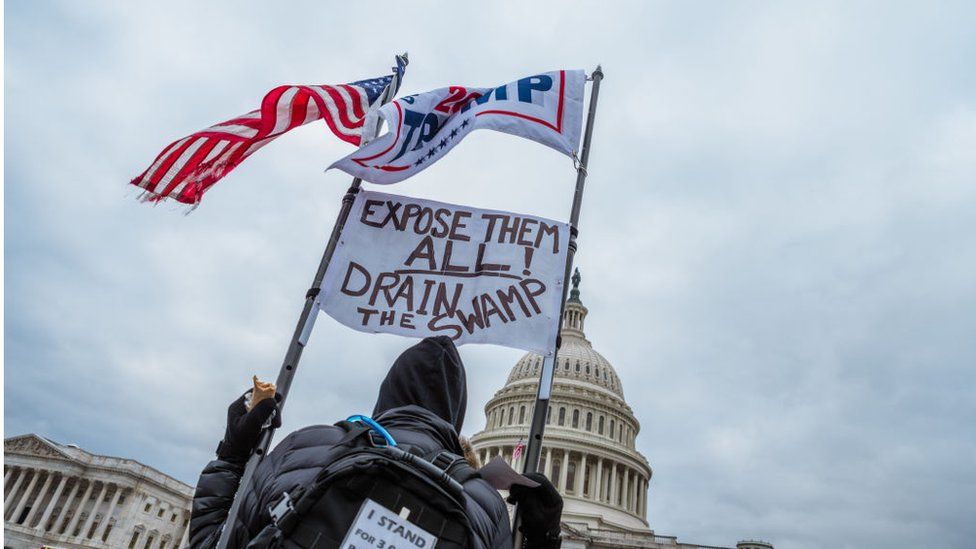 The storming of the US Capitol building in Washington DC stunned viewers around the world.

But how did Americans feel seeing the seat of their government being ransacked?

We asked members of our BBC voter panel for their views.

Simon grew up in Uganda during its civil war and became a US citizen last year. A master's student and stay-at-home father, he warns that, while things may settle down, "democracy is not guaranteed".

I'm disgusted but not surprised. I anticipated this would happen and it was a matter of when, not if.

I didn't anticipate that it would happen in the capital. This is the president whose people - since the racial justice movement in the summer - said they were for "law and order". So the "law and order" people broke into the Capitol and changed the American flag with the Trump flag. History shows that has not happened in over 200 years, so it tells you how dangerous this man is.

In Uganda, in November, when the opposition was arrested, people took to the streets and got shot. Here, in the summer, the Capitol building was protected and they were breaking up peaceful protests.

It's clear that [Trump supporters] have been organising, we've seen this was going to happen, yet we subconsciously did not think that white people are a threat. That is the construct of this country and how law enforcement viewed it.